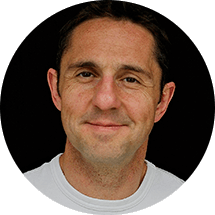 If for any reason you decide this course is not for you or it doesn’t exceed your expectations then simply send me an email and I will personally issue you a full 100 % REFUND IMMEDIATELY. 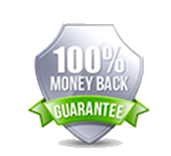 If for any reason you decide this programme is not for you or it doesn’t exceed your expectations
then simply send us an emial and we’ll issue a full 100 % REFUND IMMEDIATELY.

What time commitment is required?

To cover the core materials of the course, you should invest a minimum of 6hrs. This time can be broken up into modules. To assist you in planning your time, the time commitment for each module and learning activity is indicated. If you wish to spend more time on the course, you can dig deeper into activities, retake quizzes and other tests and of course delve into the additional resources provided.

What forms of payment do you accept?

We accept VISA, MasterCard, American Express and debit or bank cards with a VISA or MasterCard logo.

How long do I get access to the course?

What sort of guarantee do you provide?

We offer a cast-iron guarantee of 14-days no questions money-back guarantee. So if we fail to exceed your expectations or you simply decide that it’s not for you then all you need to do is send an email within the 14-day period to notify us of your decision and we’ll issue a full 100% refund immediately.

What happens once I’ve completed the course?

Once you have completed the course and have successfully passed the final module test you'll receive your Foundation Level Certificate in Commercial Mediation. This entitles you to become an Associate Member of the Chartered Institute of Arbitrators where you can continue your education and pursue career goals in the field of ADR.

Who are the Chartered Institute of Arbitrators?

The Chartered Institute of Arbitrators (CIArb) is an international centre of excellence for the practice and profession of alternative dispute resolution. It has a growing membership of 15,000 and is based across 133 countries. Learn more about the CIArb here: http://www.ciarb.org/

What's the benefit of having my digital certificate on the blockchain?

The blockchain is an incorruptible digital ledger of economic transactions that can be programmed to record not just financial transactions but virtually anything of value - including our digital certificates. When we store a credential on the blockchain we cryptographically seal a record of the credential at the exact time it’s created so that others can be absolutely certain that the Certificate hasn’t been altered since it was issued.
There are a number of benefits to this:
1. Once we've recorded a credential on the Blockchain it cannot be altered, faked or spoofed. If someone attempts to create a credential that looks like your credentials it won't verify against the Blockchain record.
2. With paper certificates a key barrier to fraud could be broken with Photoshop or photocopier skills. With digital credentials fraud is harder and puts the onus on our cyber security. Adding your credentials to the Blockchain makes this even stronger because there's a record of the credential that's impossible to change.
3. No private or personal information is stored on the Blockchain. The only thing stored on the Blockchain is a series of numbers mathematically derived from the credential information. We can use this series of numbers to verify that the content displayed matches the original record.
4. Third party trust and confidence in the authenticity of the credential  is radically increased.
4. You can display your certificate on your LinkedIn profile and other digital assets.

What’s the best device to access the course with?

You can access the course on any device, desktop, laptop, tablet or smartphone, irrespective of what operating system it runs. Some writing will be required, this can be done on your device, or the old fashioned way, with pen and paper. You can also switch easily back and forth between devices. The one thing you will need is a reasonably reliable and rapid internet connection.